At iFortress, We engineer and deploy Mission Critical Facilities as if your life depends on IT.©

Our philosophy is simple: “Ensure that the lives and livelihoods of those who depend on your operations prevail by ensuring that the short- and long-term survivability, sustainability, and functionality objectives of your organization are met with the finest, highest quality, most efficient and secure Mission Critical Solutions available worldwide.” – Jerry Lyons, iFortress President/CEO

When it came to owning, operating, and securing mission critical facilities, the founders of iFortress saw a need to provide an alternative to the conventions that were being used for the construction of technology based data centers. Instead, they would develop an option that would align the demands of the IT centric market with an engineered solution that would offer: better speed of deployment; an adaptive, spatially elastic design; more fiscal, operational, and energy efficiencies; perpetual competitive relevance; seamless ability to replace obsolete and inefficient infrastructure with state of the art technology. In addition, the solution would provide greater site selection possibilities, expanded real estate options, and of course, comprehensive risk mitigation.

Before iFortress, options for building mission critical facilities were limited and incapable of providing the necessary level of security and efficiency needed to sustain and protect today’s mission critical assets. iFortress’ focus is to exact the same demanding expectations on the performance of the facility as is expected of the infrastructure that operates within the facility. And so, iFortress introduced the concept, coined the term, and pioneered the industry now known as Structural Security™. And in a brief time, this concept of Structural Security™ has been adopted as a universal standard in the Mission Critical Security industry.

Roughly translated, Structural Security™ means comprehensively maximizing the efficiencies and security of a mission-critical facility, including the optimization of all operational objectives and the protection of IT assets against a wide range of human and environmental threats. Structural Security™ has to be a comprehensive or holistic approach to meeting the survivability, sustainability, and functionality objectives of the mission critical facility. Not a myopic or isolated, one challenge at a time approach to both efficiencies and security. Instead, all threats, all efficiencies need to be considered and provided for holistically and uniformly. This is what iFortress solutions provide.

After years of research, development and validation by multiple independent authorities, we proudly introduced the iFortress line of IBC, ASTM International, commercial and DOD – Military/Government Survivability and Lethality tested, approved and compliant Structural Security™ products and turnkey solutions. What began as a project to engineer a single, comprehensive solution for mission critical facilities resulted in a revolution of the entire industry with iFortress pioneering its course and leading the way by setting new standards for the way in which the “data center” is both perceived and acquired worldwide. 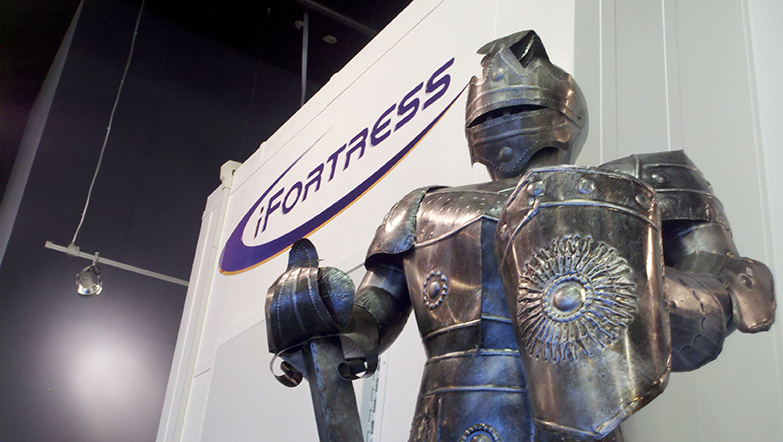